Fugitive sends cops selfie because he hates his mugshot… 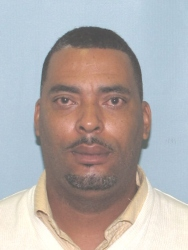 Hate your mugshot? Why not just text the police department with some selfies you prefer be shown on the 6 o’clock news?


That’s what one man did in Lima, Ohio. Apparently upset with his mugshots, Donald A. “Chip” Pugh decided he wanted the police to have a better photo of himself. He sent over a few images with the caption, “Here is a better photo that one is terrible.” Mugshots don’t lie.

Selfies, on the other hand, may be years/decades old, but here’s what Pugh wanted police to use: 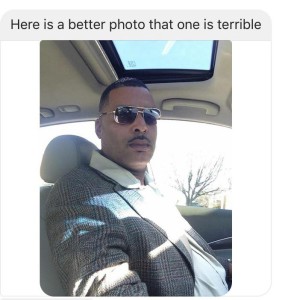 “There is an active warrant for the arrest of Donald A “Chip” Pugh, age 45 of Lima, for Failure to Appear. Mr. Pugh is also currently a person of interest in several other cases including an arson and vandalism. If you know the whereabouts of Donald Pugh, please contact the Lima Police Department, the Allen County S.O. or the Shawnee Twp Police Department. You can also contact Allen County CrimeStoppers.”

Pugh also called a local radio station to complain about the mugshot, mentioning he didn’t like it because he looked like Thundercat. 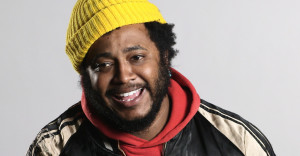 UPDATE: “Thanks to the power of social media & tips called into authorities, we have learned that Donald Chip Pugh has been arrested by the Escambia County Sheriffs Office in Florida. He is being held for warrants out of Columbus, Georgia, which he was out of the pick up radius for in Ohio but not in Florida. Alas we will wait our turn. Thank you to Escambia County & to those who provided information and continue to support law & order.”