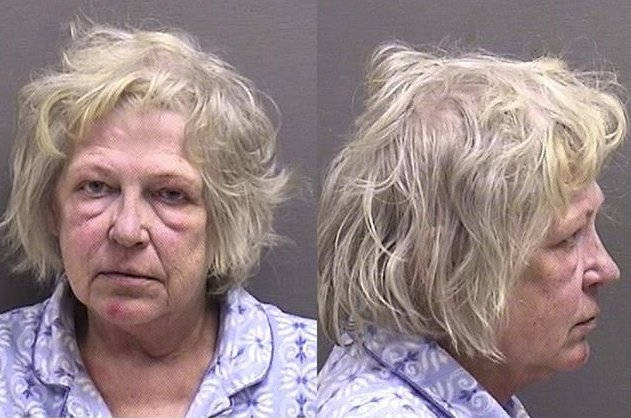 Charlene Kranitz was arrested on a DUI charge during a “Coffee With A Cop” event at Schulte’s in Great Falls. According to the Great Falls Police Department, Kranitz had entered the coffee shop to get some frozen yogurt. A police officer participating in the “Coffee With A Cop” event noticed that the woman was stumbling and he says he smelled a strong scent of alcohol on her as she walked past him.

After following her outside to the parking lot, the officer asked her if she had driven.

She showed the officer her keys in response.

On the way to the officer’s police car, the woman reportedly fell.  Great Falls Fire Rescue was called in to assist with medical treatment, though she did not sustain serious injuries. In the meantime, another officer checked her vehicle, which the Police Department says was resting against a light pole.

66-year-old Kranitz failed a sobriety test. She was arrested and taken to the Cascade County Detention Center on a DUI charge.The Great Falls Police Dept. shared the following details on its Facebook page:

As she approached the yogurt dispensers GFPD Lt. Mahlum noticed she seemed to be stumbling. As his concern grew she walked right past him and he was able to detect the unmistakable odor of metabolized alcohol. Lt. Mahlum followed the woman outside and, after establishing she had driven to the event and that her vehicle was now resting against a light pole, he placed her into his vehicle. When he asked her if she noticed the 15 or so police officers she said she did.