DUI is one of the most common reasons for being arrested in Hawaii on all islands. People who have been arrested for driving under the influence are often in trouble with the law for the first time in their lives. When arrested for DUI, even on a first offense, you will go to jail.


Your first priority is to get out of jail so that you can arrange for an attorney, retrieving a vehicle from impound or other matters.

24hr Best Deal Bail Bonds is here to help you and offers bail by phone and at-jail service, 24 hours a day, 7 days a week and 365 days a year! 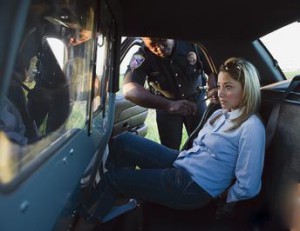 If you do need a bail bond, we can get you through the process as efficiently as possible with the best possible rates allowed by law. Contact 24hr Best Deal Bail Bonds Now.

How DUI Bail Works in Hawaii

When a person in Hawaii is being charged with DUI, the following is a rough outline of how the process works. (*This is not legal advice, and your situation may differ. We suggest you seek legal assistance from an attorney. If need help finding an attorney, please call us.)

For assistance with bail, give us a call. Our bail phone numbers can be found here.

What is DUI or DWI?

DWI (Driving While Intoxicated) and DUI (Driving Under the Influence) are driving violations with two separate parts; one part is administrative and the other is criminal. The administrative component of a DWI or DUI falls under the domain of the Department of Motor Vehicles (DMV). It begins when a law enforcement officer asks a driver to give breath, blood, or urine for chemical testing.

Although drivers are allowed to refuse chemical testing, refusal results in an automatic suspension of driving licensure in most states. Drivers who refuse chemical testing lose their driving licenses because Motor Vehicle Departments stipulate implied consent as a condition of licensure. By acquiring a license, drivers voluntarily agree, or implicitly consent, to chemical testing whenever a law enforcement officer suspects them of driving under the influence of drugs or alcohol. Failure to comply with DMV mandated policies and procedures risks forfeiting the driving privileges granted by DMV licensure.

Most states’ laws prohibit drivers who refused testing to apply for or be granted a conditional, restricted, hardship or other temporary license. Without a license, a driver is not entitled to drive until the suspension or revocation period expires. (source: Cornell Law School)

A person can be charged with DUI if there is evidence of impairment that can affect driving safety. The impairment can be caused by alcohol, marijuana, other drugs, or prescription medications.

What are the drinking and driving laws in Hawaii?

The drunk driving law in the State of Hawaii prohibits driving when the blood alcohol concentration (BAC) of the driver is .08 percent or above. The .08 percentage level is the standard measurement used across the United States. The law includes driving on the road as well as in the air or on the water. The State of Hawaii also has stricter laws in place for the “Highly Intoxicated Driver”. To get classified as a highly intoxicated driver you BAC would need to be .15 percent or above.(source: Driving Laws)

How many drinks does it take to go over the legal limit?

The number of drinks required to raise someone’s BAC (blood alcohol content) is very hard to determine. Factors like weight, height, and sex can all affect how alcohol affects a person. Even with the same number of drinks, BAC will differ from person to person. The best rule to follow: just don’t chance it. Avoid drinking and driving, and be safe.

What are the fees and fines associated with a DUI conviction in Hawaii?

Within 5 years of a prior conviction:

Within 5 years of the two prior convictions: